The Memorial to the Former Jewish Synagogue Complex in Ariogala

Before World War II there were 2 synagogues in Ariogala, the small and the large one. The home of prayer stood next to each other, in the current Vienybės Street. In August 1941, the Jews of Ariogala and surrounding areas were imprisoned in a ghetto, established in the synagogue complex, and on 1st September 1941 were led to the site of the massacre in the Dubysa Valley. A fragment of the outline of the Great Synagogue building was restored in the memorial, thus creating a local memorial territory as a symbol of the former ghetto. The two trees, growing next to it, symbolize life and hope. The architects of the memorial are V. Rudokas and A. Vyšniūnas. 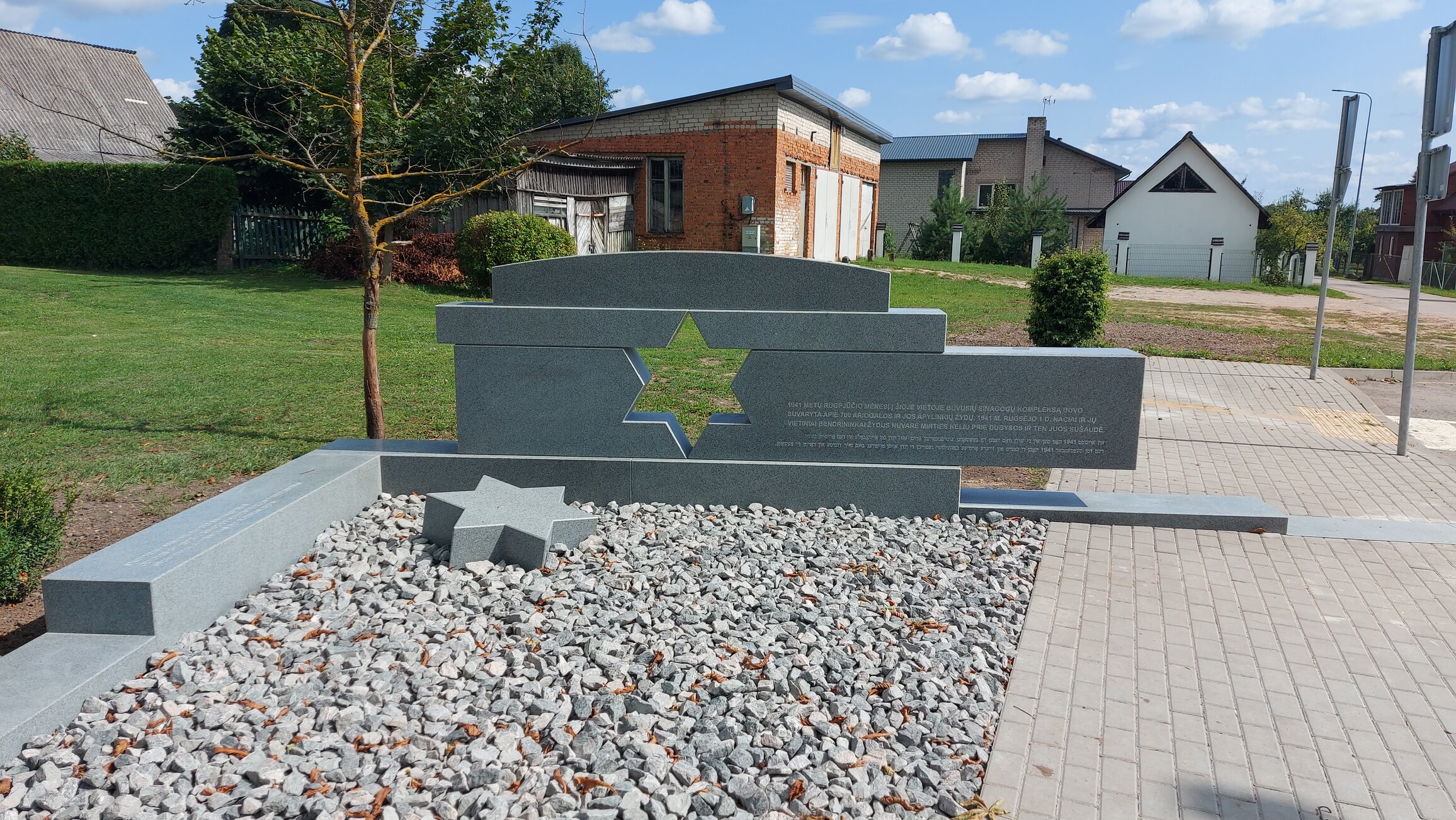