Rasupis Fountain The origin of the name of Raseiniai is related to the Rasupis stream, which has been winding through the city for centuries. The main industrial companies (sawmills, craftsmen’s manufactories, a city power plant), a Dominican monastery and others settled close to it. After damming Rasupis three ponds were formed and during 1972-1974 the stream was hidden in underground drains in the city territory. Today the stream can only be seen outside the city in the fields of Stonai. During the renovation of Vilnius Street in Raseiniai in 2019, the Rasupis culvert, which was built in 1837 and was visible until 1974 when the stream was completely drained, was discovered. The culvert was added to the Register of Cultural Property in 2019. The fountain, connecting Vilnius str. and the bus station of Raseiniai, is a reconstruction of the Rasupis flow, which replicates the old streambed located nearby. The flow of water from the depths of the earth reminds the residents and guests the history of our city. At night, the fountain is illuminated with visual projections and light installations symbolizing the seasons of the year. 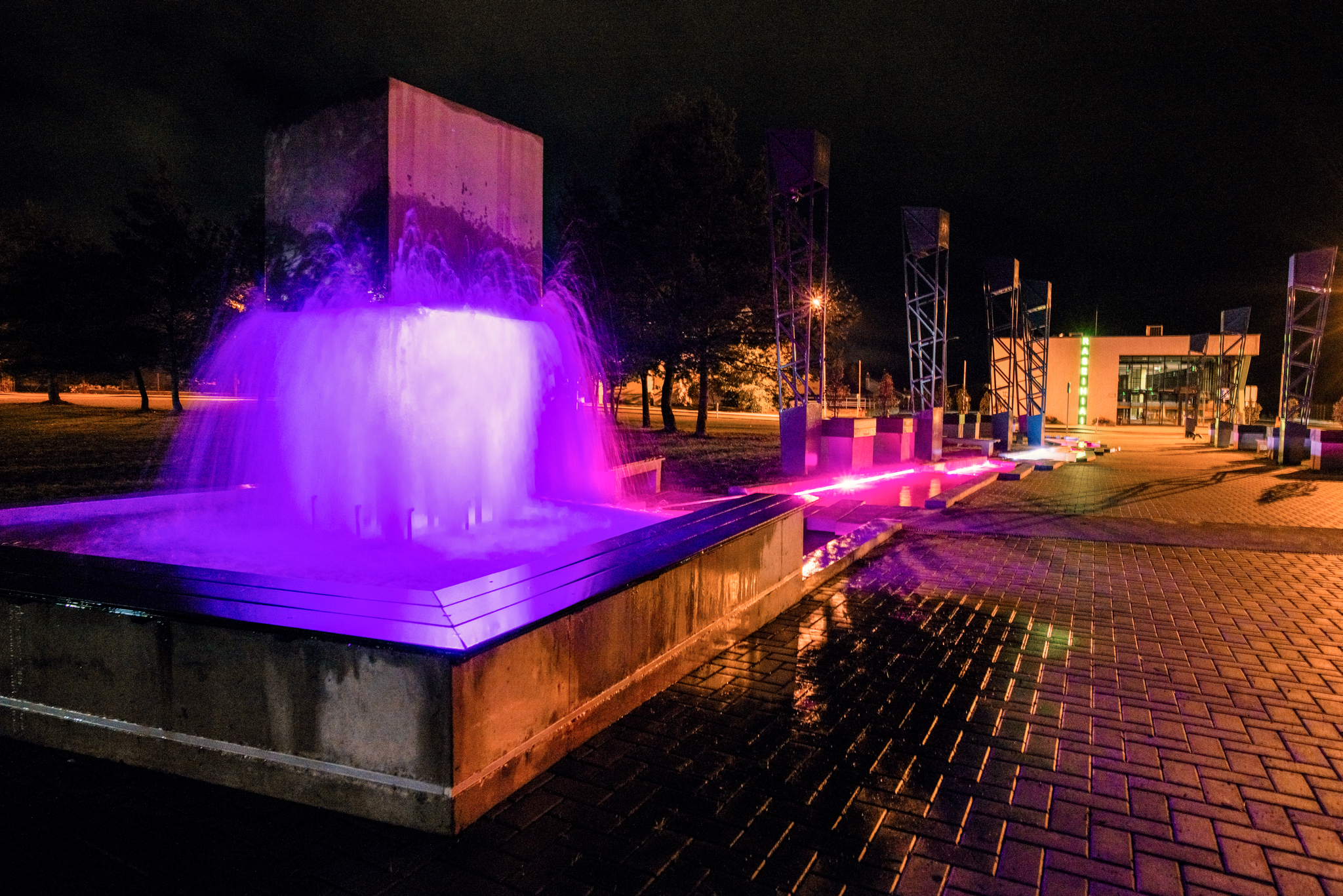