The symbol of the town, erected in the central square. Built to commemorate the 15th anniversary of the Independence in 1934. The author of the monument is V. Grybas. That is a symbol of the strength and persistence of Lithuanians in the fight for the independence. The Samogitian farmer, holding down the bear (the symbol of Samogitia), stands on the pedestal. There are three bas-reliefs on the pedestal, portraying the year of the fight for the Independence and the returning of the Klaipėda region to Lithuania. 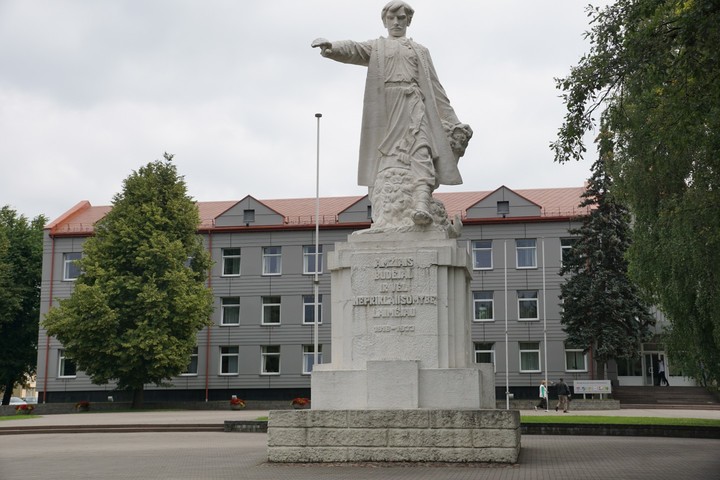