On the initiative of a participant of the Lithuanian resistance movement, priest A. Svarinskas, the Memorial of Kęstutis District Partisans was established in Kryžkalnis. The 15-meter-high chapel with the 19-meter-high cross, symbolizing faith and respect to those who died for the freedom of Lithuania was built here in 2018. Panels with the names and battle-names of 1137 Kęstutis district partisans have been installed next to the chapel. The main accents of the chapel are the sculpture of priest A. Svarinskas, created by A. Kmieliauskas, and the slogan of partisans, partisan prayer and “National Anthem” on the walls. Each visitor can ring the built-in seven bells.

The author of the project is architect Virginija Baškienė.

The authors of the project are sculptor Tadas Gutauskas and architect Saulius Pamerneckis. 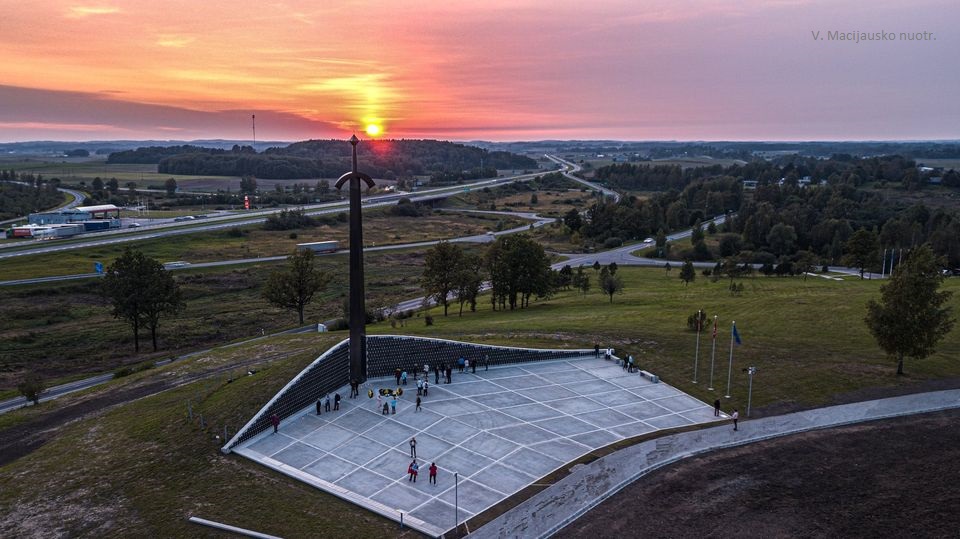