The Memorial Chapel for the Partisans of Ariogala Volost

The chapel was opened in 1991 in memory of the partisans who were born, fought and were killed in Ariogala volost. There was a column shrine erected next to the chapel to commemorate the partisan commander Jonas Kostyra, who was killed in exile. Looking down the slope, 53 white concrete crosses are visible, these are the symbols of the partisans reburied here in 1990 and killed in the neighbourhoods of Ariogala. 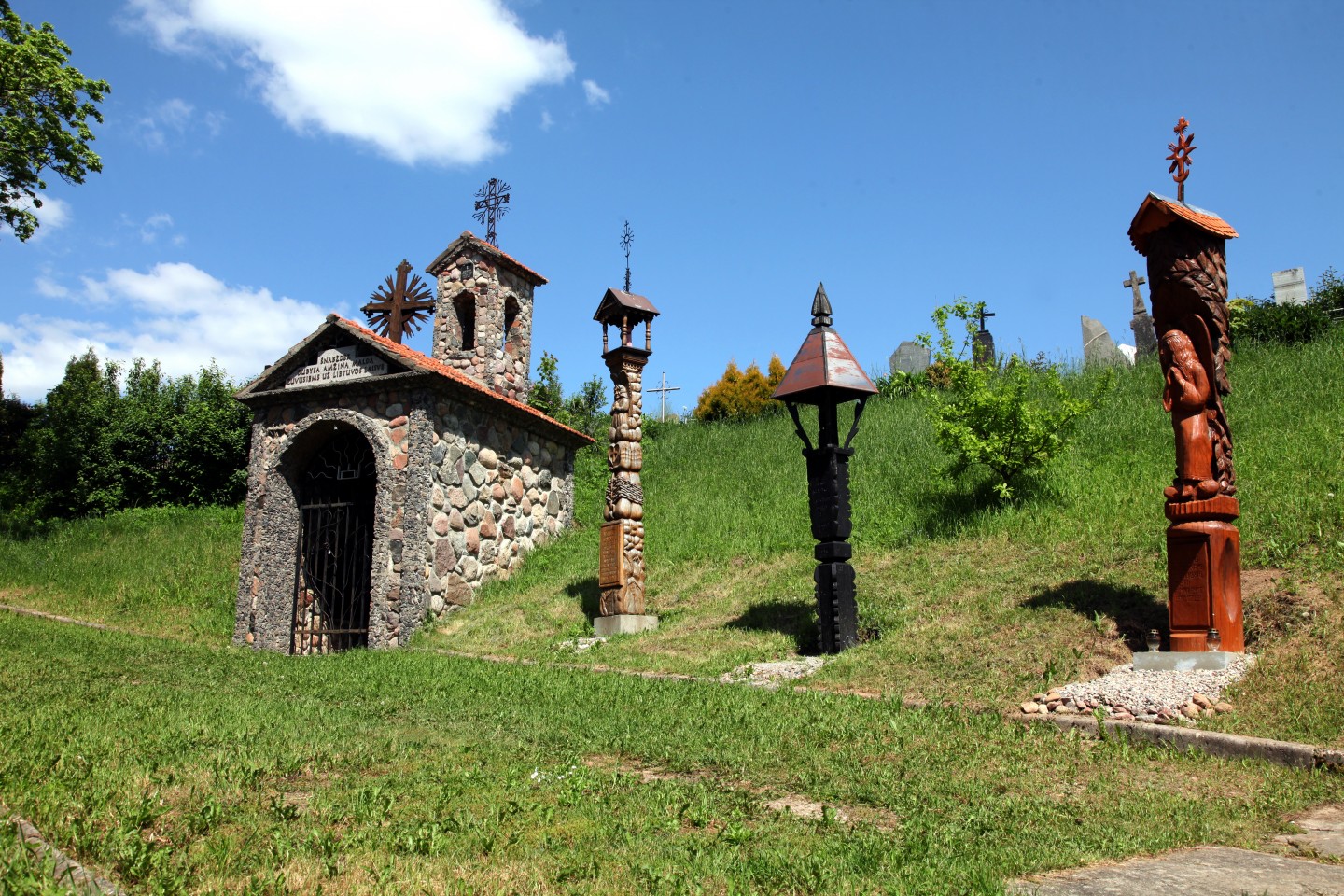